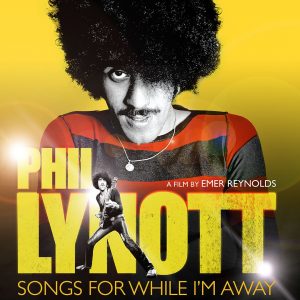 PHIL LYNOTT: SONGS FOR WHILE I’M AWAY is a feature documentary on the life and music of Phil Lynott, telling the story of how a young black boy from working class 1950’s Dublin, became Ireland’s greatest Rock Star.   As lead singer of Thin Lizzy, Phil Lynott was a songwriter, a poet, a dreamer, a wild man. Told extensively […] 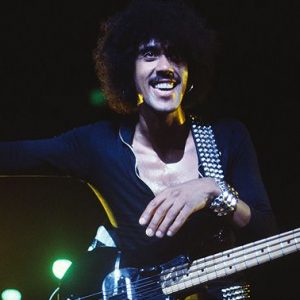 Philip Parris Lynott was born on 20th August 1949 in West Bromwich, near Birmingham. The son of Philomena Lynott, a white Irish Catholic and Cecil Parris from Brazil, Phil was initially brought up in Moss Side, Manchester and moved to Ireland whilst still at school. He lived in Crumlin, Dublin with his grandparents. His teenage […] 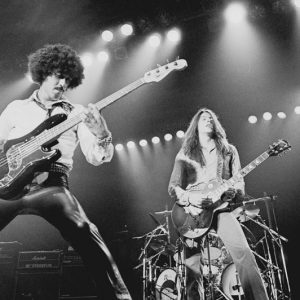 William Scott Gorham was born on St Patrick’s day, 17th March 1951 in Glendale, California. Scott’s musical career started at aged 13 when he played bass guitar in a local surf band. He later took up the guitar and played with various bands throughout his teenage years. Scott’s brother-in-law, Bob Siebenberg, moved to London and […] 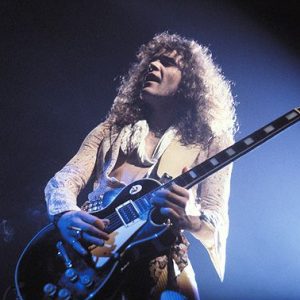 Brian ‘Robbo’ Robertson was born on 12th February 1956 in Glasgow, Scotland. After his early classical training in piano and cello, he turned to rock ‘n’ roll and took up the guitar, bass guitar, drums and keyboards. His early career saw him playing with his elder bother Glen for different local outfits which included ‘Dream […] 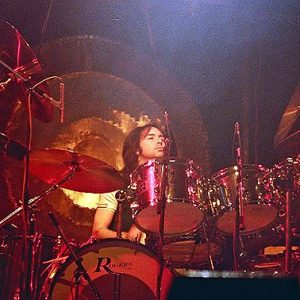 Born in Dublin on 27th January 1951, Brian Michael Downey and Philip Lynott first met at school. Although Brian was two years younger than Phil, they began a friendship which would last until Phil’s death in 1986. Growing up in Crumlin, a town near Dublin, Brian’s early musical influences came from his father who played […] 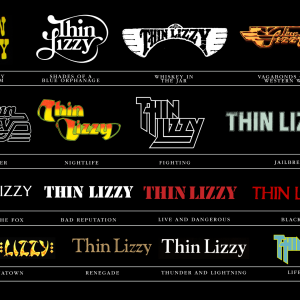 “The thing that we can now definitely say is that there will always be a Thin Lizzy.” Phil Lynott

SIGN UP TO THE NEWSLETTER BELOW, USING YOUR SOCIAL ACCOUNT OR EMAIL
SpotifyFacebookYouTubeTwitterEmail
Thank you for signing up!
THANK YOU!

Thank you for registering! We have sent a confirmation email to {USEREMAIL}. Click the link to confirm your email address.

Please check your spam folder for the email, if it does not arrive, click this link...

resend verification emailCancel
Emails will be sent by or on behalf of Universal Music Operations Ltd, 4 Pancras Square, London. N1C 4AG, UK. +44 (0)20 3932 6000. You may withdraw your consent at any time. See Privacy Policy at https://www.umusic.co.uk/privacy.html
By ticking the SMS opt in box and submitting this form, I agree to receive text messages from and about Thin Lizzy (including prerecorded and/or by autodialer). Up to 20 messages per month per opt-in. Consent is not a condition of any purchase. Msg & data rates may apply. See Privacy Policy and Terms for further information.
Privacy Policy | Terms & Conditions
© 2023 Universal Music Recordings
PrivacySafe SurfTermsCookiesDo Not Sell My Personal InformationCookie Choices
Continue shopping CHECKOUT